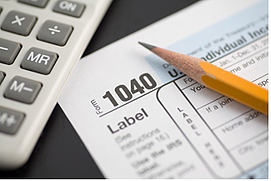 Since the Tax Cuts and Jobs Act of 2017 (TCJA) we have received many questions on the head of household (HOH) filing status changes.  Although the definition of HOH and how one can claim that status has not changed, the rate changes have caused it to lose some of its pre-TCJA value.

Pre TCJA, if a taxpayer met the HOH requirements the taxpayer landed in a significantly better tax bracket compared to married filing separately (MFS).  For example, at $500,000 of taxable income the savings of HOH over MFS was over $20,000, and HOH over single saved over $7,000.  Post TCJA, this difference is greatly reduced with MFS and HOH now only about $5,400 apart and about $1,400 difference between single and HOH.

One of the greatest advantages of filing HOH continues to apply unchanged post TCJA.  This rule allows the taxpayer to circumvent the rule requiring you to use itemized deductions if your separate filing spouse (using Married Filing Separately filing status) used itemized deductions.  This was important because one spouse may not have had enough itemized deductions to exceed the standard deduction.  Therefore, the taxpayer forced to itemize would have lost a portion of a deduction, eventually paying more tax.

One additional item that needs to be discussed regarding HOH is the child tax credit, which has certain rules to be met before taken.  The credit is much more valuable in 2018 since it increased to $2,000 per child versus only $1,000 prior. In addition, a portion can be refundable (up to $1,400 per child).  The adjusted gross income (AGI) phase out significantly increased post TCJA to $200,000 for HOH and MFS versus pre-TCJA AGI amounts of $55,000 for MFS and $75,000 HOH.  Because of this, in pre-TCJA days there was a better chance of taking the credit if you had HOH versus MFS, although in some cases, neither filing status conferred a benefit.  With the increase in AGI post TCJA, there is a much higher likelihood this benefit can be used by all filing statuses; although if you have established HOH, likely you are the one meeting the child tax credit rules as well.

So, in some circumstances, post-TCJA HOH may save someone a few thousand dollars in taxes, based on brackets and standard deduction amounts, but overall HOH is not the tax benefit it once was.   Regardless, it is always best to consult a tax advisor to determine what the best filing status is for your situation.

For more detailed information about Head of Household filing, click here for a more detailed article, also written by Donna Pironti, in the September 2018 issue of PBA Family Lawyer.