GILTI Formulas and Election to Individual Taxpayers for GILTI Relief 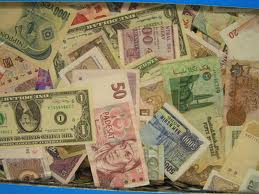 Under the newly enacted Section 951A, beginning in tax year 2018, each U.S. shareholder of a controlled foreign corporation (CFC) is subject to current U.S. income tax on their share of global intangible low-taxed income (GILTI).  GILTI is defined as the excess (if any) of a U.S. shareholder’s net CFC-tested income over their net deemed tangible income return (NDTIR).  In September 2018, Proposed Regulations under the GILTI provisions were issued.  The IRS expects to finalize the regulations soon.

The calculation of the GILTI tax can be summarized by the following steps:

Step 2. Determine the U.S. shareholder’s pro rata share of each of its CFC’s tested items

Step 4 determines foreign tax credits (FTCs) that are generally available only to a corporate U.S shareholder.  However, an election is available to an individual U.S. shareholder to claim FTC, discussed below.

Step 5 determines the tentative GILTI tax by multiplying the relevant tax rate and the U.S. shareholder’s GILTI inclusion amount.  Corporate U.S. shareholders are entitled to a Section 250 deduction, which permits a deduction equal to 50% (37.5% after 2025) of its GILTI inclusion amount.  Since the corporate tax rate is 21%, the effective U.S. federal income tax rate on GILTI is 10.5% before the FTC.  This tentative GILTI tax could be reduced by the deemed paid FTCs determined under the GILTI rules.  This means that for certain U.S. shareholders, the GILTI tax liability could be reduced to zero.

Finally, in Step 6, the Proposed Regulations determine how to allocate the GILTI inclusion amount back to tested income CFCs.  There are also a complex set of rules to determine the adjustment of the stock basis in a tested loss CFC by a corporate U.S. shareholder.

However, it should be noted that when an actual distribution is received in later years from the relevant CFC, part of the income will be taxable at the individual’s marginal tax rate.  This could potentially result in an overall higher tax rate for the U.S. shareholder. Therefore, an election under Section 962 should be considered and planned carefully based on each taxpayer’s unique tax situations.

The Tax Warriors® at Drucker & Scaccetti highly recommend taxpayers who may be subject to GILTI engage an experienced and skilled advisor in the area of international tax. This new tax code section adds yet another layer of complexity to an already confusing law.  Call on us if your international tax situation has increased in complexity. We are always prepared to help.